Twenty years ago, Emily Mills’ father was murdered, and she found his body hanging in the backyard. Her younger sister, Madison, claims she was asleep in her room. Her older sister, Tara, claims she was out with friends. The tragedy drove their mother to suicide and Tara to leave town forever. The killer was caught. The case closed.
Ever since, Emily and Madison have tried to forget what happened that night – until an eerily similar murder brings it all back. It also brings FBI special agent Zander Wells to the Oregon logging town. As eager as he is to solve the brutal double slaying, he is just as intrigued with the mystery of Emily’s and her sisters’ past.
When more blood is shed, Zander suspects there’s a secret buried in this town that no one wants unearthed. Is it something Emily and Madison don’t know? Or aren’t telling? And Tara? Maybe Emily can’t bear to find her. Because when Tara disappeared, she took a secret of her own with her.

With vivid characters, an intriguing plot, an atmospheric Pacific Northwest setting and an edgeof-your-seat ending, THE LAST SISTER is her best work yet. 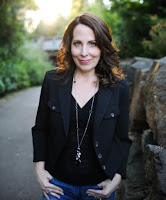 ABOUT THE AUTHOR: Kendra Elliot has landed on the Wall Street Journal bestseller list multiple times and is the award-winning author of the Bone Secrets and Callahan & McLane series, as well as the Mercy Kilpatrick novels. Kendra is a three-time winner of the Daphne du Maurier Award, an International Thriller Writers Award finalist, and an RT Award finalist. She has always been a voracious reader, cutting her teeth on classic female heroines such as Nancy Drew, Trixie Belden, and Laura Ingalls. She was born, raised, and still lives in the rainy Pacific Northwest with her family, but she looks forward to the day she can live in flip-flops. Visit her at www.kendraelliot.com.

I was sent this book from the publisher/publicity team. My ratings and reviews will be my own personal opinions and are in no way influenced by publishers or authors who may have sent me books to review.

I am not normally a huge fan of detective stories, but this one sounded so good. This is more of a mystery than a thriller or romantic suspense. Actually, there is not really romance at all. There are relationships, but very limited romance. As a romance reader, I did not miss the romance in this one though and it worked without it.

This story deals with racial issues, hate crimes, the KKK, murders, and more. I think it is important to know this going in as I had no clue that this was the direction the story was going to take.

This story follow several murders that currently happened and also one that occurred twenty years prior. I really like that this story is told in present tense. We still get information from the past with limited flashbacks, but it is intertwined with the present day. The information really worked all together. I really liked wanting to know what happened years ago and recently to Shawn and Lindsey.

This did drag a little for me around the half way point. Otherwise, it was a pretty good paced story that kept my interest. I wanted to know how everything was going to unfold.

This definitely took a different direction than I was expecting. Overall, it was a decent read. I will definitely check out more from the author.
Simply Kelina at 6:00 AM
Share